The Bridgin’ Drama theatre group was established in 2009 by the Bridge, English Language Centre. It was founded by a group of English teachers who share a love for the English language and who are also passionate about theatre.

At the outset, scenic readings were held in the Medical Gardens but this quickly developed into full-scale productions at a regular venue.
We found our forte in adaptations of Slovak theatre classics, which we bring to modern audiences with humour and levity.

By using set texts produced in English, we attempt to develop our students’ interest in our culture, bring them closer to the staples of Slovak literature and, at the same time, improve their language skills.

Bridgin’ Drama has also taken up the challenge of developing tourism in the capital.We are the only theatre in Slovakia which offers tourists an opportunity to learn something about our culture, philosophy and traditions in a language they understand.

We are the theatre that connects; welcome to our world. 🙂

Just Another Cup of Tea

A political farce based on the play by Ivan Stodola: „Čaj u pána Senátora“. The play is a parody of our petty, small-minded bourgeois society, democracy and political morals. The lead character, owner of a funeral service, Mr. Balthezzar Peach wants to be better off and earn more so after being persistently persuaded by his wife, he steps into politics.

An ordinary man, who only sees himself and his profit, therefore becomes a puppet and the carousel of machinations, meetings and ´high politics´ starts spinning.

Just Another Cup of Tea is a comedy full of human simplicity that doesn’t allow them to see beyond the end of their nose. But it´s the ´tea´ with all the consequences that, in reality, we all will have to drink. Those who vote as well as those who don’t…

The performance is suitable for audience aged 15+.

Refreshments and interactive programme between the shows in cooperation with student theatre ActofKAA are included in the price! 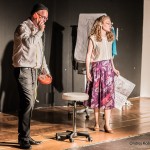 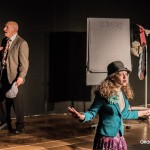 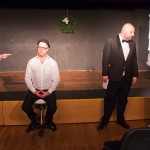 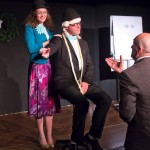 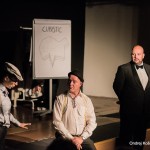