Malabar Hotel Theatre was created in September 2009. It emerged from Kompania Doomsday, an independent theatre group, which, after 5 active years, ceased to premier new performances and handed much of its repertoire over to two new groups that until then functioned within it. From there, Malabar Hotel took off with three performances: Baldanders, The Biting (both directed by Marcin Bikowski) and Bits and Pieces (directed by Marcin Bartnikowski).

The name of the theatre originates in the writings of Stanisław Igancy Witkiewicz ‘Witkacy’. The core of Malabar Hotel’s interest is the form, both as understood by Witkacy and as connected with visual theatre and puppet theatre. Characteristically of the group’s performances so far, other theatrical elements revolve around this core.

Malabar Hotel continues the performance style authored by Marcin Bartnikowski and Marcin Bikowski, as well as welcoming guest directors and stage designers. Its first premiere, in mid-November 2009, was Alicja?, with Bartnikowski’s script and under Bikowski’s direction. The next premiere, The Mother by Witkacy (directed by Hendrik Mannes), took place in October 2010. 2012 brought three premieres: Lauder! (directed by Michael Vogel; coproduced by Figurentheatre Wilde & Vogel), The Danton Case. Selfreview (directed by Magdalena Miklasz) and The wedding (directed by Magdalena Czajkowska and Marcin Bartnikowski)
Malabar Hotel theatre was awarded more than 30 prizes for direction, acting and music and presented its performances at over 100 theatre festivals on 4 continents.

Malabar is abstract space that has not been reached by anyone. It is a mixture of yearning for the unknown, of absurd, characteristic of Witkacy, and of our immature theatre dreams which we hope will be growing up and saying more as you watch, never to mature fully.

Full phantom five thy father lies;
Of his bones are coral made,
Those are pearls that were his eyes;
Nothing of him that doth fade

Louder! is a performance about growing up, about losing the one you love and about learning to live with the memory of what no longer exist. It is about the worlds that vanished. It was inspired by prose of Jonathan Safran Foer and by motifs of Shakespeare’s Hamlet and The Tempest.

The performance tells the story of the boy who lost his father in the tragedy of World Trade Center and in searching for him faces difficult and mysterious history of his family.

Louder! Is a mixture of live acting puppet theatre and computer projections. 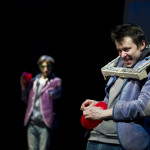 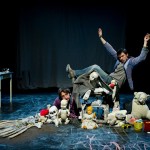 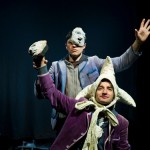 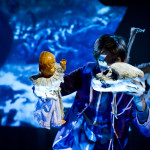 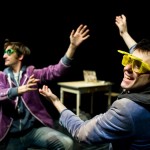 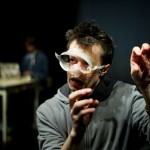